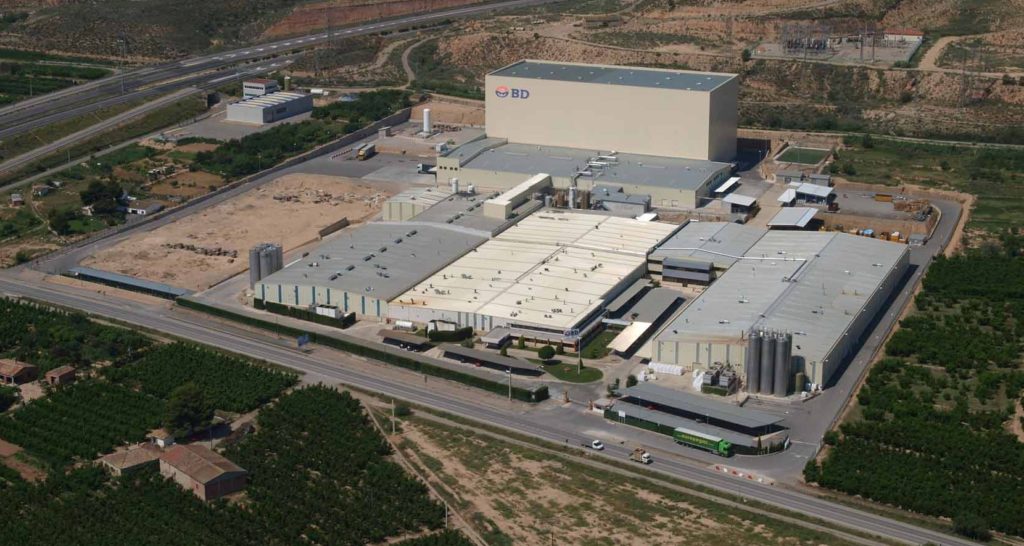 BD is a leading global medical technology company that develops, manufactures and sells medical devices, instrument systems and reagents. The Company is dedicated to improving people’s health throughout the world.

The BD Fraga Plant produces syringes and hypodermic needles. With a 65.000 m2 size, is the largest factory in the Huesca Province and one of the largest medical technology manufacturing facilities in the world. The site employees 450 associates with an annual manufacturing capacity of 6.000 million units, 96% of which are exported, mainly to Europe, Africa and Middle East, being UNICEF one of its most important customers.

In 30 years of history, BD Fraga has achieved success and reputation in all fields of activity; Employment creation, Production capacity; Innovation with products of worldwide impact such as the syringe SoloShot IX and SoloShot Mini, that in partnership with UNICEF, enabled the vaccination of 5.000 million people worldwide; Quality, supported by the certificates ISO 9001:2000 and EN ISO 13485:2003 of the management system, and the Standard 93/42/CEE for Medical Devices, audited by the Dirección General de Farmacia y Productos Sanitarios; and the commitment with Environment and sustainability of its operations, supported by certificate ISO 14000.

The BD facilities in Fraga have the sterilization center with the biggest capacity in Europe, and one of the largest in the word for medical devices, with eight sterilization chambers of 80 m3 each.